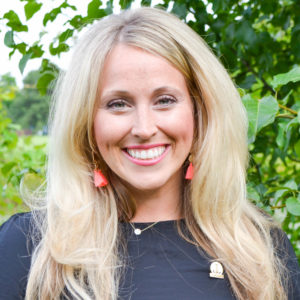 Amanda currently serves as President for a two-year term from
2022-2024. Amanda joined the Junior League of Norfolk-Virginia
Beach in 2016 and immediately connected with the mission of
empowering women to change the community. Amanda was
recognized as New Member of the Year in 2017. She then served
as Vice President of Fund Development where she worked with a
dynamic council who together raised over $30,000 for the Junior
League of Norfolk-Virginia Beach. Amanda previously served as
the New Member Chair, welcoming over 30 incredible women to
JLNVB.

Annamarie currently serves as Executive Vice President and
joined the Junior League of Norfolk-Virginia Beach in 2015.
Annamarie previously served as Administrative Vice President
and Chair of the Cookbook Committee. Annamarie holds a B.A.
from Randolph-Macon Women’s College and a J.D. from Hamline
University School of Law. Currently, she is an associate attorney
for the Law Offices of Victoria V. Humphreys, P.C. Outside of the
Junior League, Annamarie is a proud Big Sister for Big Brother
and Big Sisters of America. In her free time, Annamarie enjoys
“little old lady” pastimes, such as knitting while watching PBS
period dramas. 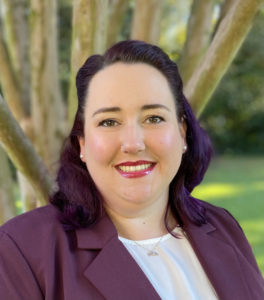 Sara currently serves the Executive Vice President-Elect for the 2022 – 2023 League Year and joined the Junior League of Norfolk-Virginia Beach in 2016. Sara served in various leadership roles in the League including as Placement Chair, Cookbook Chair, and currently the Administrative Vice President on the Executive Management Team. Outside of the League, Sara volunteers at her church, South Norfolk Baptist, as the Women’s Ministry Director and plays the electric bass and cello for Sunday morning workshop services. Sara also serves as the Assistant Coach for the color guard at Oscar Smith High School with the marching band. In her free time, Sara enjoys playing the electric bass at church and watching documentaries and British TV shows with her husband and 2 cats. 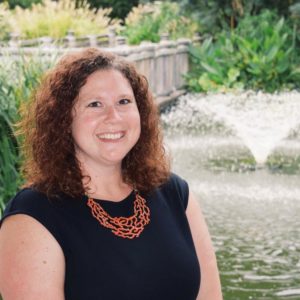 Erin currently serves as Secretary and joined the Junior League of
Norfolk Virginia Beach in 2015. She previously served as
Administrative Vice President, Membership Vice President,
Placement Chair and as a member of the Special Events and
Scavenger Haunt committees. Erin majored in Biological Sciences
at the University of Maryland, Baltimore County and teaches
Biology and Marine Biology at Oscar Smith High School in
Chesapeake. She also coaches and choreographs for the color
guard/flag team of the school’s marching band. She is a very
active member of Phi Mu Fraternity for Women, serving in many
local and national roles over the years. Currently she is an alumnae chapter board member and a member of the advisory council to the collegiate chapter at William and Mary. She has been slated for the Board of Directors for Phi Mu Foundation and will serve as a Trustee for the 2022-2026 term. She is a member of the local nonprofit Animal Resources of Tidewater and assists with organizing their fundraising efforts. Erin resides in Chesapeake with her husband Richard and her daughter Fionna. In her spare time she enjoys spending time with friends, reading and most of all, traveling. 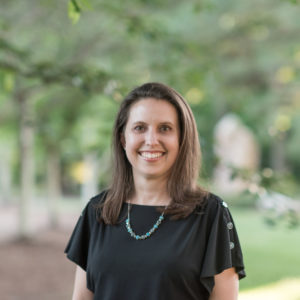 Katy currently serves as Treasurer and joined the Junior League in 2015 in Monterey County, CA where she completed her New Member year. Katy transitioned to the Junior League of Norfolk-Virginia Beach in 2019, where she previously served as Digital Cheetah Admin and Touch-A-Truck Committee Member. Katy holds a B.A. in Business Management and Economics from Washington College and a M.A. in Forensic Accounting from Florida Atlantic University. Outside of the League, Katy volunteers at the Virginia Zoo, her son’s school, and for her fraternity, Zeta Tau Alpha, in a local and national capacity. When she’s not volunteering, Katy enjoys spending time with her family, traveling, fitness activities, and reading.

Danielle currently serves as Nominating Chair and joined the Junior League in 2015 in Richmond, VA prior to transferring to Norfolk-Virginia Beach in 2017. Danielle previously served in several leadership roles in the League, including Training and Development Vice President and Touch a Truck Chair. Danielle is a double Hokie, earning a B.S. in Marketing Management, a B.A. in International Studies, and a Master of Public Administration from Virginia Tech. Outside of the league, Danielle serves as the Director of the Virginia Beach Office of Emergency Management and as 2nd Vice President on the Executive Board of the Virginia Emergency Management Association (VEMA). In her free time, Danielle enjoys traveling, running, beach activities and spending time with her family, friends, and dog Sadie. 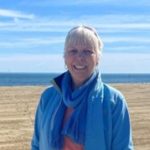 Tineke serves as the Board Member At-Large, Active and joined the Junior League of Norfolk-Virginia Beach in 2017.  During her league career, Tineke proudly served as Sustainer Chair, Sustainer Co-Chair, New Member Mentor, and At-Large Director (June 2021- May 2022). Additionally, Tineke served on the Diversity, Equity, and Inclusion Committee for the past four years. Outside of the league, Tineke is a proud Penn Stater having worked at The Pennsylvania State University as an administrator and earned her three degrees—undergraduate, graduate, and doctorate—from the institution.  Currently, Tineke is a principal at and co-founder of Cunning Life Consulting, offering career guidance and advice, counseling, and life coaching services.  In her free time, Tineke can be found at estate sales, gardening, hiking, and traveling.

Whitney Harding joined the Junior League of Norfolk-Virginia Beach in 2012 when she moved to Virginia Beach from New York City. She was a member of the NYJL and started her Junior League career in the Junior League of Tampa in 2003. Before she sustained in 2017, Whitney held various positions in the JLNVB including Administrative Vice President, Editor and Transition Mentor. She is currently active in the CHKD Oceanfront Circle and enjoys playing/participating in their annual tennis tournament/fundraiser.
Whitney grew up in Knoxville, TN and decided to make a change by attending the University of Florida and graduating with a B.A. in Business Administration. Go Gators! In 2009, she graduated with an MBA from the University of South Florida. When Whitney isn’t volunteering, she enjoys staying active by playing tennis or relaxing with her husband and 3 boys at the beach. 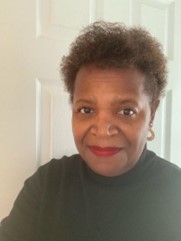 Sandra currently serves as the League Diversity, Equity, and Inclusion Board member and joined the Junior League of Norfolk-Virginia Beach in 2019. Sandra previously served as Sustainer Chair and is an active participant in many JLNVB initiatives. Outside of the league, Sandra is an active member of the Norfolk Alumnae Chapter of Delta Sigma Theta and the Norfolk Chapter of The Links, Incorporated. Sandra presently provides volunteer legal counsel to her church, Saint Johns AME in Norfolk and an active part of other committees and groups. Sandra is a long-time lawyer and litigator having received her J.D. and LLM degrees from the Georgetown University Law Center in Washington, DC.  She also briefly practiced as a hospital psychologist which helped her develop a discipline in seeking solutions and resolving conflicts.  She is a proud Navy spouse whose husband is a retired Navy Captain, Physician. In her free time, Sandra enjoys watching and learning about the ballet, reading as much as possible, writing poems and fiction, cooking and staying fit.